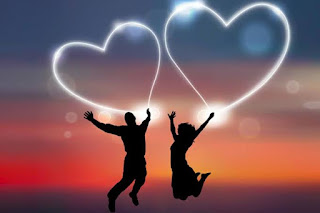 Nearly everyone has at a point or the other in his or her life been in a relationship. Even teenagers and adolescents seem to have gone farer than their ages permit as regards romance. A question that remains on the lips and minds of the female folk has been finding the right formula for 'caging' the hearts of their men. There is a general perception among women that men are insatiable and can ever be pleased or completely subdued,no matter how good their women are to them. While this is not a proven hypothesis, it only gives credence to the fact that a lot of women have not yet come to terms,the surest way to completely capture their men's hearts.

IS GOOD SEX THE SUREST WAY TO A MAN'S HEART?
While good sex is the craving for every man, it does not greatly endear a woman to a man. While it is an essential necessity in every romantic relationship, good sex does not excite longer the spur of that moment. If good sex is all a man wants, he might have easily settled down with a good number of ladies he might have possibly met before you! A lot of women make this mistake. They feel that all they need to do to get a man's loyalty is good sex. Far from it. Many still got dumped despite their sexual prowess. Remember sex is something that is now readily available and accessible commercially.

THE WAY TO A MAN'S HEART IS FOOD?
We all grew up with the above position. Is the way to a man's heart really food? Men love food; I mean good food! But remember, good food can be gotten from a lot of classy restaurants! As a matter of fact, a lot of families cook less these days, partly due to work constraints or other hindrances. A lot of men also do not even spend much time at home ,let alone eat at home. Interestingly,there are a good number of women who see cooking as a plague,yet their husbands do not have much qualms with that! There are also women who are skilled cooks,but have crisis-ridden marriages!

THE BEAUTY OF WOMAN IS IN HER GOOD CHARACTER

Good character keeps a man. That's as obvious as corruption in Nigeria. There's no one averse to good character. Even the greatest sadist would applaud good character wherever exhibited. The sad fact is that very few possess the requisite character to sustain a relationship,yet relationships keep building up by each day! There are women who thrive on godliness and good character,but with bitter marriage experiences! How do you reconcile that?

FINALLY, to have an enjoyable marital experience, luv your husband's mother. The greatest way to man's heart is his mother! No matter how good you are,if you are not at peace with your mother-in-law, you are very far away from your husband. Men don't joke with their mothers. It's just a natural phenomenon. Place a man's mother and his very loyal and faithful wife, he will pick his mum without a second thought. Incidentally,the older a man,the more attached he is to his mother. Trying to detach a man from his mother or create enimty between them will make matters worse for you.  mA This man may overlook an insult on him,but never on his mother. This may not be altogether right,but it's the obvious fact. As a woman,learn to deal with it.