Polygamy is not a crime 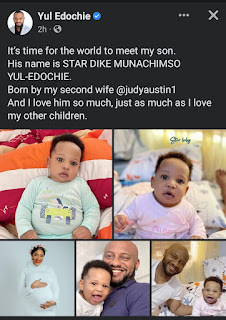 People can be unbelievable. When has it become a crime to have more than one wife? Must there be a problem before a man is permitted to marry another wife? And who says a man can't marry more than one wife and love them both? Or you prefer he has side chicks instead. Even concubinage is not a crime. We are Africans for goodness sake. It's his decision,not yours.

See, a lot people are monogamous in the eyes of everyone,but polygamous in mind. Sticking to one partner is a matter of principle, not a law. People mistaken polygamy for adultery. It is not so.

The young man married in his early twenties for goodness sake! We all know that more often than not, a man is not emotionally and psychologically mature for marriage and may likely choose a spouse for the wrong reasons,other than that which is ideal. Now he is 40 and a lot more mature and MAYBE, just MAYBE has finally found his dream woman.

There is a difference between WHAT IS RIGHT and WHAT IS ADVISABLE. Polygamy is not wrong,but may not be advisable in certain situations. Polygamy or monogamy is a matter of choice, orientation or principle. Neither is bad. So, let's not demonize men who decide to be polygamous. Any one you choose,be ready to carry your cross.😍