Are you both sexually compatible? 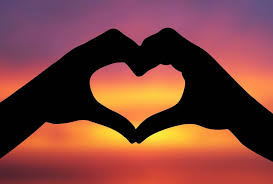 Some time ago, a lady came to me in tears, confiding in me her marital nightmares. She had absconded from her husband's home many times to her parents' home with their only child and was contemplating calling it quits with her husband. When I asked her what her problem was, she narrated a 'gory' story of how her husband 'never allows her a minute rest.' According to her, she was fed up with the marriage. The lady did not know that a lot women pray for such 'disturbance.' I needed not also remind her that there are men with similar complaints, men whose wives want to "kill" with insatiable lovemaking.
Conservatives opine that there is more promiscuity today than in the old days. While this may be partly true, they tend to forget that polygamy held sway in the olden days as opposed to the much touted monogamy this is today's society. A man who has five wives for instance, and still goes ahead 'dangling his balls' before  "side chicks" must be nuts. When you have many wives, you have 'varieties' of coital experience. Since we have virtually stamped monogamy in our society, we are duty bound to provide our spouses with such varieties.
The coming of Christianity has remodeled our psyche, especially in the area of polygamy. While a lot of people become monogamous because of the obvious financial demands of running a polygamous family, many do so because the Bible recommended "one man, one wife." A lot of people wrongly see polygamous men as men with overvolting libido, without putting into cognizance the fact that a lot of the so called monogamous men are infidelity personified. So, what's the difference?
Sex is not, and should not be the primary yardstick for choosing a marriage partner. Just as our faces are different, so are what we want in a life partner. But one incontrovertible fact is that everyone wants to marry a responsible, financially stable and presentable spouse. Who wouldn't anyway? Family background, place of origin, religious affiliation and age are also factors to be considered.
A lot of marriages have gone into extinction because of lack of sexual incompatibility. A man with a high libido living with a woman with low libido (and vice versa) is a case in point. A lot of married people see Sex as a secondary issue, and in fact only do so when  they want to procreate, or out of duty. Thus, many men and women end up being frustrated. The impatient ones delve into adultery while many especially the females embrace masturbation and Sex toys as a last resort.
Distance between couples can hamper their sex life in no small way. That is why it is not ideal for couples, especially newly married ones to live apart. If living apart is inevitable, then couples should make the best of each time they spend together.
Some people marry as virgins, and so may not be armed with enough understanding of their sexual make up. It is left for the couple to work out a formula for themselves, to ensure that both parties are always satisfied. Sex should not be a duty, it is something that consenting adults should enjoy. It should not lead to tears, rather it should be thoroughly enjoyed.
While it is inexcusable to engage in adultery, a lot of people do so because of sexual starvation and lack of satisfaction. I agree that some people lack sexual content, thus no amount of sex is enough for them. How then sex compatibility test be made before marriage?
Courtship is a sine qua non before marriage. Its importance can never be underestimated. While a lot religious bodies condemn sex before marriage, the reality on ground is that preaching against pre marital sex has not in any way reduced its practice. In fact, more people indulge in it more often than before. Thus, realistically speaking, not having sex prior to marriage is more of a principle than obedience to religious teachings. Remember, a religious doctrine is only binding on the adherents of such religion! Sex is an integral, if not the most important aspect of marriage, take it or leave. Joke with it at your own peril.
For couples who are already enmeshed in such issue, sit down with your spouse and responsibly talk about the matter and reach a truce. If you are consciously depriving your spouse of satisfactory sex, you are sinning, and such a spouse has every right to call it quits. Even devil himself will not be pleased with you. If you hate sex, do not marry! Remain celibate.