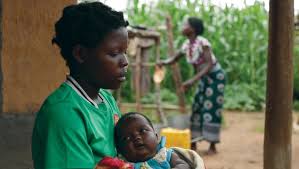 This topic is one that generates understandable controversy among people. As with several other topical issues, people's opinions are diverse. When is the right time for a male or a female to get married?Everyone frowns at 'early marriage'.  In fact, many 'reasonable' parents would chase you out of their homes if you ever attempt to come for their 'under-aged' daughters' hand in marriage. Legally, a female less than sixteen is considered not ready for marriage while a boy should be at least eighteen before mooting marriage. Even at that, many still are not at home with the 'sixteen' and 'eighteen' years maturity age for females and males respectively.A lot females marry early for various reasons. Some marry because of poverty. Such people see marriage as financial breakthrough or a means of making ends meet. Most often, the reverse is the case. While others may marry out of peer /parental pressure or unwanted pregnancy, a negligible few do so willingly. Due to the increasing  demand for western  education, the popular opinion is that a person is only ready and mature for marriage when the fellow is through with tertiary education, and perhaps in the case of men, secure gainful employment. In the case of men, this is understandable, however in the case of women, I beg to differ.These days, children mature a lot faster. As young as nine years, a lot of girls attain puberty these days, and thus begin to exhibit the attendant behavioural transformations that go with such stage. Due to exposure to and poor censorship of the internet and home videos, as well as peer pressure, children start having sexual relations at a very young age. Therefore, parents who vouch for their children's 'innocence' may be made to eat their words when they eventually discover how far their children have gone!Go to our university campuses, you will see a lot of campus 'couples' living together as though they are married. They stay together under the same roof only for most of them to go their separate ways after graduation owing to irreconcilable differences. Was it not better if they had just married formally, at least for the sake of morality?Early marriage is different from premature marriage. As far as I  am concerned, any girl that has attained the age of puberty and as well completed a minimum of secondary school education is ready for marriage. Happily, there are a lot of testimonies of women who gained tertiary education while in their husbands houses, and still achieved their dreams! Is it not better to live with a husband than waste valuable time with playboys, sugar daddies and the lots. Which one is more time consuming? Girls who are quick to play down the importance of marriage by saying that 'marriage is not everything' has not feted with the plethora of single 'made' ladies who even with their fame and fortune, still lead emotionally bankrupt lives. Some of them pretend to be happy and undaunted, but we know the truth.A lot of abortions would have been averted if girls who did such had channelled their feminine strength on their legally married husbands than on 'hit and run' guys. Some of these girls claim not to be ready for marriage, but would end up in prayer houses later in life in search of 'life partners.'Marriage may not be the only yardstick to measure one's achievements, but it's something that is socially, religiously and psychologically satisfying. Marriage has spurred a lot of people to attain success, while its demands have weighed down others who rushed into it without being psychologically and perhaps financially ready for it. But come to think of it, if you can be in romantic relationship with as much as ten men at a time, don't you think you are simply deceiving yourself thinking that you are not ripe for marriage? To be continued...