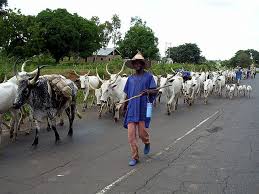 Millions of people worldwide, over the last few months ,have commented and are still expressing gross discontentment over the recent genocidal and unprovoked attacks on southerners by terrorists masquerading as  'herdsmen'. It was never my intention to join the public vituperations over this, but the fact that adequate sensitization is needed especially on the need for vigilance necessitates this piece.

One of the problems of Nigerians is the 'medicine after death' syndrome. We are never pro-active and vigilant. I am not here to condemn anyone, no matter how highly placed. When the people of Agatu groaned and mourned, and blood poured, we took with with kid gloves, exactly illustrating the igbo adage that 'e bulu ozu onye ozo,  o di ka ebu ugwu nku'. If you need interpretation, look for anyone one of igbo extraction. We felt that the invasion of Agatu was entirety a Benue State affair. That was exactly how Boko Haram started. The Agatu killings was swept under the carpet, as usual. Not long after the one of Aninri came and was equally handled lightly. Then the one of Uzo Uwani. The infamous role of the security agencies reminded me of the typical Nigerian Fire Service that comes to a fire scene when the fire must have wreaked substantial havoc, or policemen who throng a crime scene only when the criminals had done their act.

Something in me makes me believe that these people are not actually herdsmen. They could be a group of bloodthirsty terrorists with set out goals. We had been having herdsmen around for decades .Granted, the bad blood between herdsmen and farmers had been in existence from time immemorial, but not to the extent we have found ourselves in. The laissez fare attitude of the federal government raises eyebrows, and makes a lot of people believe that these killings may have political, religious and ethnic undertones. If herdsmen could be armed with sophisticated weapons, other livestock farmers (rearers of sheep, goats, poultry and even fish) may soon arm themselves!

A lot of technocrats and experts have suggested the creation of grazing fields for cattle rearers, but it seems government is not at home with such a lofty idea for reasons best known to it. The fact that the South Easterners are always at the receiving end of any quagmire or unrest is worrisome. We have not yet come to terms the unabated killings of Igbo in the north for donkey's decades, now we are slaughtered right in our backyards. We are in trouble.

This is time to eschew cowardice and brace up to this inevitable challenge to guard our territories. We don't need to take up arms. Igbos are peaceful, and because people misconstrue our peaceful nature for cowardice, we should try other civil options to save whatever is left of our inheritance. Watch your back!

Our leaders have no choice now but to mobilise everyone, especially at the grassroots to halt this spate of killings which could metamorphose into civil war if not nipped in the bud. Father Mbaka and other radical eastern leaders who were up in arms against the past government have suddenly become silent. This is the time we need their radicalism the most. Since the security agencies cannot come to our aid in times like this, where lies our fate? Igbos are prayerful people, and as usual, we commit our lives into the hands of God.