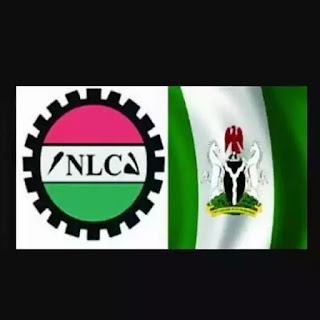 •Whenever one talks about money ritual, our biased minds always go towards the use of human heads and 'other vital parts of the body ' in exchange for wealth. But, money ritual goes beyond that.

It is a general belief that the private sector should help ameliorate the problem of unemployment in
Nigeria, putting into cognizance the increase in the number of graduates being churned out of our
higher institutions yearly. The expectation is in order, considering the fact that government alone cannot
provide employment for everyone, both skilled and unskilled, at least for the foreseeable future. This
is where the private sector comes in. They are supposed to absorb those who are not 'privileged ' to
secure government jobs either in the civil service or public service. Because of the comatose state of
our power sector and complete reliance on importation and 'oil money', there are virtually no industries to employ
the unemployed.
The continued proliferation of schools especially private and mission, has provided
a bit of succour to job seekers who throng these institutions, some of which are mere 'business
centres ' with certificates-laden files in search of jobs. Proprietors of these institutions capitalize on
the desperation of these applicants to offer them slavery and mediocre contracts. Not only do they
pay their employees salaries not upto the pocket money of a primary school pupil,they over labour
and exploit their employees worse than those given prison sentence with hard labour. I have
decided to use secondary schools as a case in point because that is where these 'unfortunate '
graduates are found.
It is indisputable that many who teach in primary and secondary schools today, particularly in those
not owned by the government do so not because they love the teaching profession but because they
need to eke out a living since government jobs are not forthcoming. Many of them don't have
teaching qualifications. There you find engineers teaching mathematics and physics, lawyers
teaching the English language, laboratory scientists and even pharmacists teaching biology, to
mention but a few. These professionals receive peanuts as salaries even when students in these
schools pay exorbitant tuition. In this part of the country, graduates who teach in private and
mission secondary schools earn between eight to twenty thousand naira monthly! That is even less
than what they earned during their NYSC. Some of these unscrupulous employers capitalize on the greatly misunderstood saying that, "the reward for a teacher is in heaven " to justify the wicked working conditions they expose their employees to. Funny enough, the same people crave for their own reward right here on earth.
As if that is not enough, salaries are being withheld or
owed without any justification. The very few that pay above twenty thousand naira do so with
grudges and with extra workload which would eventually culminate to one spending more than the so
called salary on hospital bills. The fellow would be made to do a work originally meant for six
persons. Imagine someone teaching English language from J.S1 to S.S3! Yet the person would be
expected to perform wonders. What will you say of a school whose tuition is about two hundred
thousand naira a term and has a population of one thousand five hundred students paying its
academic staff a paltry twenty thousand naira a month? The mediocre 'salary ' is equally
accompanied with high dosage of disrespect and hostility. To make matters worse, if one resigns,
another person would be waiting on the wings to grab thesame job at even worse terms.

The crux of the matter is that governments at all levels should wade in and regulate the activities of
these private shylocks. One way is by, as has been constantly advocated by all and sundry, create employment opportunities especially for graduates. This will make proprietors value their value their
employees better.
Since government alone cannot create employment for everyone , proprietors of academic
institutions should be compelled to pay their staff thesame as their counterparts in government
institutions as well as make their workers' work pensionable. Any proprietor who refuses to comply,
should have his or her outfit grounded.