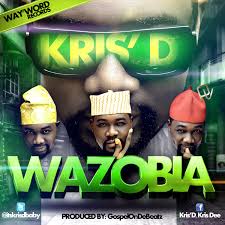 A lot has been written and said about the national language question in Nigeria . ThatNigeria is yet to evolve an indigenous national language is a reality that has been living with us for many ages.In the past and even today, a lot of efforts has been made and a lot of strategies put up by successive governments  towards having a national language of Nigerian origin. This included among othes the popular WAZOBIA solution which hit the rocks as a result of complexities associated with creating a new language. Pidgin was also considered but met with stiff opposition especially from the elite some of who saw pidgin as not only a debased form of English but also one used by the basolect users of English language. Hence, they do not see pidgin as a language of its own. As one of them had opined, “any language must have a standard orthography and because pidgin lacks this, it cannot be said to be a language”. But, others believe that pidgin differs from English in so many ways and because it is also mutually intelligible, it is a language.

It is indisputable that pidgin is the only language which every Nigerian to a large extent understands. Everyone irrespective of his or her social, religious, academic and political status has at least the minutest knowledge of pidgin and can communicate with it. It is the only language that effects communication between the educated and the uneducated. In our rural areas, information that cannot be communicated to the rural dwellers using their mother tongue is done using pidgin. It is obvious that information communicated to the illiterate society using the standard English language may not only be misinterpreted, it may also be misunderstood. And come to think of it, the illiterate constitutes the majority of Nigeria's population!

Added to this is the fact that pidgin aids inter ethnic communication. As at the last count, Nigeria is said to have an estimated four hundred and fifty languages and ethnic groups. In our bid to rid Nigeria of English language, pidgin would serve as a perfect replacement. In the absence of the imperialist English language, no other language is as widespread as pidgin. At least, it would not cause an inter ethnic disharmony as the WAZOBIA did. When the issue of WAZOBIA came up, the minority ethnic groups were very much opposed to it as only Igbo, Hausa and Yoruba were considered. To them, it was like abandoning an imperialist language for another.

Pidgin has a taste of “nigerianness”: just as English has varieties, pidgin also has its own varieties. Pidgin spoken in the southern part of the country for instance constitutes some expressions found in the people’s mother tongue. That not withstanding, a northerner world still not find it difficult to comprehend it.

The major problem with pidgin is people’s attitude to it. The moment we stop seeing it as unelitic and purely a debased form of English, the better for us. That a standard orthography has not been developed for pidgin does not mean that efforts cannot be made to develop one. It not very late to do so.

Those who argue that pidgin is not of Nigerian origin may be correct but the fact that no country has adopted it as a national language does not make it the property of any country.

A fact which could aid in the development of an orthography for pidgin is the fact that in some parts of the country especially in some parts of Niger Delta, pidgin already serves as a creole, so it would not be a very difficult task in pilling up volcabraries for the language.

As Nigeria gradually nears her Golden Jubilee, Government should revisit the issue of adopting pidgin as our national language. Steps should be taken towards developing a standard orthography for it. When this is done, pidgin should be proclaimed our national language hance nailing the coffin of English as a national language in Nigeriaor rather relegated to the status of a target language. We cannot claim to be independent when we dont have a national language of our own.It would be a dream come true, for pidgin to become the language of instruction, politics, law, government, sports, science and technology.  Make we make am real!
ANAGBOGU CHUKWUDI (SEPTEMBER 2009)
08063305177